To say that leaving Perth for the last time was hard, would be an understatement. How luck am I to have something that makes saying goodbye so hard! Onwards and upwards and I was on a flight to Exmouth at the ungodly hour of 5:30am to meet Chocco finishing work.

It was here that I added another feather too my bow, being the first customer at the Exmouth Bottle Shop…mum would be so proud! It was then time to head back to Learmonth heliport to pick up Chocco and deliver a carton to the thirsty men of Ningaloo Vision. Drinking in the Exmouth airport car park at 9:30am?! I’d say I was kicking goals.

We spent the rest of the day surfing, and getting the car stocked up and ready for Red Bluff. Yes we are in fact heading in the opposite direction of our intended destination!! Remember the spear that Chocco lost? We’re on a mission retrieve it *rolls eyes…AGAIN! So armed with a new spear and buckets of enthusiasm we were off, heading south for the Bluff. A girl can’t complain about spending a few more days in paradise with no running water and drop dunny’s…can she? 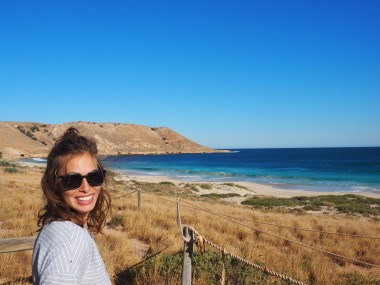 So of we went on mission: find Chocco’s damn spear! After a morning surf and a big lunch, we were off on the hunt. I’d been assured that ‘Choong the tides will be so low we might even see it from the beach.” Kitted out with the new bigger, better spear (logic?!) and a cray loop for me we hit the water. After much searching we had found nothing, caught nothing but lost my fin…safe to say I was DONE. 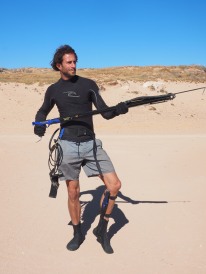 Chocco ever the optimist was back in for round two and on a mission to get dinner. If you guessed that this story ends with Chocco returning with 2 fish, the long lost spear and my fin…then you are CORRECT! We couldn’t believe it, so it was fish on the coals for dinner and many bush chooks to celebrate. 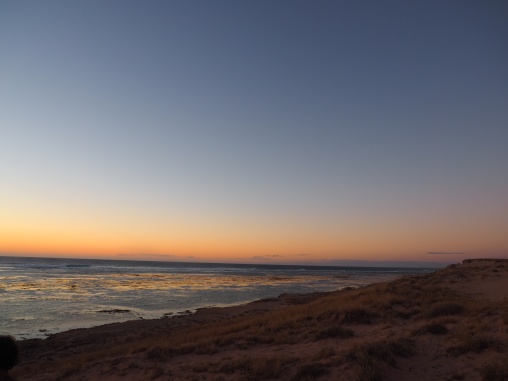 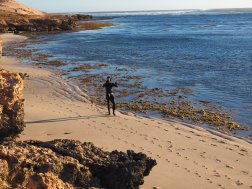 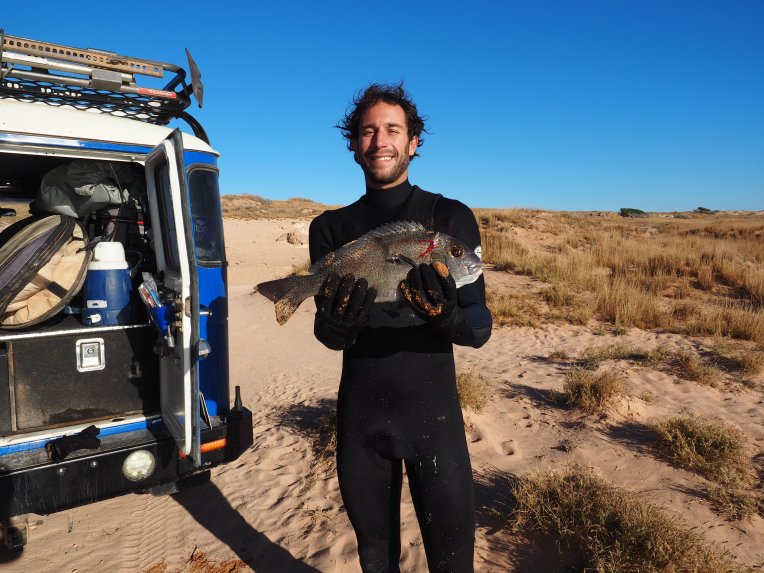 Time to head north, finally! Shout out to the Italian backpacker who agreed to drop our boards off in Exmouth for us for 50 bucks (they even made it there). We have travelled to Broome and back in Bluey before so we aren’t stopping a lot, just quick detour to see Casey for a beer at the ever classy Mermaid Tavern and dinner at Whim Creek Pub, because Chocco knows better than to let me go hungry. 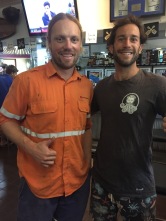 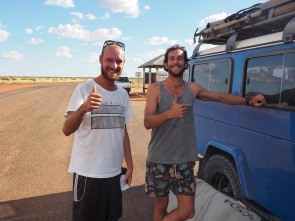 While I’d love to give you tips on all the amazing spots from Exmouth to Broome, I can’t, because it’s THE most boring drive but there is enough wild life out there to make even Chocco resemble a human being.

Our first stop in Broome was Eco Beach, that’s a lie we went to Barn Hill station…it was an outback nursing home YUCK! So we popped up the road to beautiful Eco beach for lunch, kayaking and people under the age of 70, oh and we used their bbq’s to cook our other fish for dinner…win! Then we were off stargaze with Greg Quicke and camp on the side of the road because you can’t get much tighter than a wog and a gook. 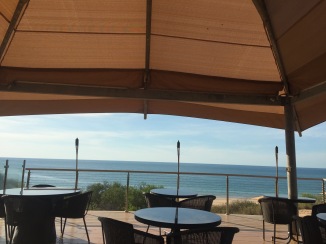 We spent a few days in Broome getting the car ready for The Gibb, found ourselves at the nudist part of Cable Beach (so many things I wish I could unsee), cruised around on a tandem bike because it was cheaper than two single bikes and went to the iconic Sun Pictures! 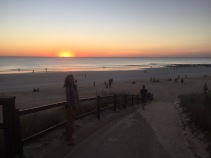 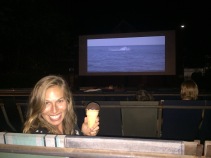 And then shock horror, we decided we needed a detour back up the Dampier Peninsula before hitting the Gibb…Chocco was having withdrawals from spearo fisho misho’s and I was in need of a secluded beach!